As usual, we waited until the very last day possible to make decisions regarding reception decor. With a meeting scheduled Sunday with Barbara, we had to have a sample of our centerpieces to show her.

I had been so torn on the centerpieces; I didn't want to have to have to buy 15-20 containers that we wouldn't need again, but I also wanted something as cheap as possible. We'd discussed fake flowers, real flowers, live plants, and candles, but never made a decision.

Saturday morning Jeff and I browsed through pictures I've been collecting and finally decided to go with floating candles in clear vases. So now, instead of 15 vases, we wanted 3 per table, totaling 45. But we didn't want 3 of the same height, rather 3 different heights. 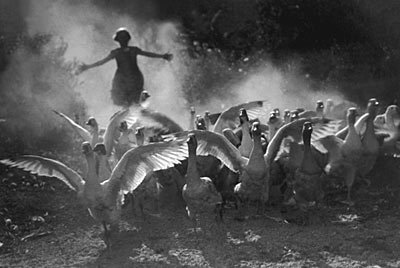 So we made our shopping list, and off we went (on yet another wild goose chase).

The candles at Garden Ridge were quite a find. They're saving us at least $30, once we return the others to Michaels, and we're getting more because they come 3 per pack. And they're not scented! Yay!

So, as you can see, we were all over the place trying to find these stupid vases. And now, not only do we have 15 vases we'll never need again, we have 45 of them! And the flowers aren't going to be reuseable. Funny how that worked out; everything I didn't want them to be, they are!

And on top of that, we were uncertain Barbara would approve the use of floating candles. But as invested as we already were, we definitely would have put up a fight.

So after all that running, we still needed to talk about vows, and the rest of the ceremony. We read through some example ceremonies provided by the minister, and decided we wanted something little different. So Jeff did some research, found a site with more samples, and in the wee hours of the morning we put together our ceremony. Our entire ceremony.

We can't take credit for actually writing it ourselves, but we did piece it together from others. So it's more personal to us and says what we want.

Both meetings on Sunday went extremely well. Glen approved our ceremony and Barbara approved the centerpieces. Yay! I revised the to-do list on the way home, and we both feel pretty good about what's been done, and what's left to do. I think we're right on track. Now, if we could just get some more response cards to show up!

That photo is great. heh. Nice.

Glad everything worked out okay after all of your hunting.

Instead of packing those 45 un-needed vases back home, I would suggest letting the guests take them as, um, souveniers. (Yeah, that's it.. souveniers) Just a suggestion. Love the picture, btw, and best of luck on the rest of the preparations!